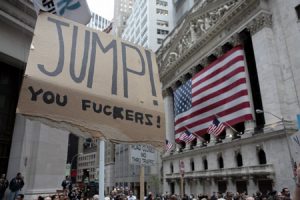 Being a big fan of the History Channel, I have seen about 3 zillion specials concerning the demise of the Dinosaurs. Some people theorize that it was meteor strike that set in motion the cataclysmic events. While others postulate global warming, ice ages, cosmic gas, alien invasions, red algae, and everything else imaginable.

In general I feel that this concept of constantly reexamining past events ad nauseam is one of the things that is destroying our country. We spend billions of dollars studying events, looking for secret and fascinating answers when usually the truth is simple. Trillions and trillions go to prove cigarettes cause cancer while the tobacco companies knew it Ummm no shit. We study every angle possible from the grassy knoll, why the Bay of Pigs was a disaster, were Washington’s teeth ivory or wood, why the Muslims hate us, etc etc.

Then of course we find out what happened, and then we apologize as an entire country. Slavery, relocation of the Native Americans, taking Iranian oil in order to fuel our tanks in WW2, we say sorry for it all now like we are in the “make amends” stage of AA. You also have the a-holes that come up with insane theories even though we all saw it happen in our life times and know the truth. Like king a-hole himself Charlie Sheen, who blames George Bush for blowing up the World Trade Center and Pentagon, even though we all saw Islamic extremists fly planes into the buildings, and they have admitted doing it proudly. (Um Charlie if a plane didn’t fly into the Pentagon, what happened to all the people on board that supposedly flew into it?). 50 years ago Americans would have hung Charlie by his nuts from a post, but now we are so soft that we just watch his TV show. That’s why the slogan “Never Forget” makes me laugh, we have already forgotten.

I’m getting away from my point here which is; as a culture we love to go over history with a fine tooth comb. You are already hearing that “The Age of Wall Street” is over. Bankers and traders are already being compared to dinosaurs. Networks, papers and politicians are already predicting we be extinct in the next decade. You can almost hear the joy in Keith Obermanns voice as he says Joe Main Street is taking back America and evil corporate America is on its way out. I say be careful what you wish for, cause unlike the dinosaurs we are not going out without a fight.

Certainly things aren’t rosy on Wall Street. Our President accuses us of reckless behavior, Congress calls for oversight and salary caps, and commissions and compensation are down throughout our universe. If the socialist agenda gets its way we might very well be extinct and go the way of the dinosaur. Before the Discovery channel starts production of its “10 possible reasons why” show, lets take a step back. My argument is that we are just doing what we were bred to do. We were trained from day one to “think outside the box” and have “breadth of vision” right? We were trained to come up with ways to make money for our firms and were rewarded for it. So when the regulators made that impossible in the Equities market, we found different instruments to trade. Maybe we didn’t know the ins and outs of credit default swaps, the same way we knew what INTC’s capex number meant to the semi-cap equipment space, but there was a vig in it.

We are traders, it’s our job to make money. Whether it is a commodity, stock, bond, or some hypothetical piece of fake paper, it doesn’t matter. We would trade baseball cards if it was profitable. I didn’t hear America complaining when the market was roaring to 12,000 and everyone’s 401k doubled every 3 years. Just like gambling, its not a problem until you lose. I have never heard of anyone going to Gamblers anonymous because they won too much in Vegas. Well now that the market crapped out, the government and the average Joes are looking for a scapegoat to blame. God knows there has to be one for everything. Well here we are.

Go ahead and take us down, cause you are only going to hurt yourselves. What is going to happen when we can’t find jobs on the street anymore? Guess what, we are going to take yours. We get up at 5am and go out after work till 10pm. We are used to not getting up to piss when we have a position. We don’t take and hour lunch break. We don’t demand a union. We don’t retire at 50 with a pension. We eat what we kill, and when the only thing left to eat is on your dinner plates we are going to devour them.

For years teachers and unionize labor has had us fooled. We were too busy working to notice. Do you really think that we are incapable of teaching 3rd graders and doing landscaping? We are going to take your cushy jobs with tenure and 4 months off a year and whine just like you that we are sooooo underpaid for building the youth of America. Say good bye to your overtime and double time and a half. I’ll be hitting grounders to the high school baseball team for 5k extra a summer, thank you very much. So now that we are going to be making 85k a year without upside, Joe main street is going to have his revenge right? Wrong.

Guess what, we are going to stop buying the new 65k car, we aren’t going to leave the 35% tip at our business dinners anymore, no more free rides on our backs. We are going to landscape our own back yards, wash our cars in with a garden hose on our drive ways. Our money was your money, cause we spent it. Difference is you lived off of it, we rejoiced in it. The Obama administration and Democratic National Committee might get there way and knock us off the top of the pyramid, but its really going to hurt like hell for them when our fat asses land directly on the middle class of America and knock them to the bottom. We aren’t dinosaurs. We are smarter and more vicious than them, and we are going to survive. The question is, now that Obama is making Joe Main street our food supply will they?

Excommunicated from the US of A (Fair warning – there is a lot of objectionable content at that site).

I would guess that it started around the time the catchy phrase “Wall Street vs Main Street” was invented by some up and coming political speech writer.   Maybe it was born when the Democratic party decided to change the agenda and the direction of this great land.   When liberals decided to concentrate their land grab on the domestic home front instead of foreign shores.   Territories in Iraq and Afghanistan were replaced by the government take over of the health care, education, automotive, welfare, and finally financial industries.   Like any enemy combatant that came before us we were called by a generic term which would lump us together and given a face that would represent loathing to the populus.  The terms; Jap, Nazi, Islamic fundamentalist, and Axis of Evil were joined by Wall Street.   On the Mount Rushmore of infamy the faces of Hitler, Osama Bin Ladin, and Saddam Hussein, are now fully adjacent to Bernie Madoff and if the government gets its way Lloyd Blankfein.

Clearly, this guy is resentful of democrats and is making a political statement and trying to give us a fake “objective” cover. The anger against Wall Street cuts across all populace – Republicans, Democrats and Libertarians.

That however is not my point,  the allegations against the people that work in our industry are simply untrue and ridiculous. The hundreds of thousands if not millions who make their living working in finance are every bit as American and “Main Street” as the rest of the country.   The fact that the President and Democratic run Congress are now trying to demonize us  only shows what depths they will reach in  order to achieve their goals.  Nothing is more dangerous to a Socialist agenda than the free thinking and industrial attitudes that perpetuate throughout WallStreet and Capitalism. Finance reform is just a fancy name for the lobotomy that Obama and Barney Frank are about to give the country.  A docile and dulled patient is more easily cared for and handled.   The hypocrisy of it all is that just like any other sector, religion, or race we are too broad to be easily painted with a narrow brush.   We are the upper, middle, and lower class.   We have the same faults and redeeming qualities you would get from any other group of Americans you threw together.   I guess the liberals and President think it’s ok to generalize and stereotype the people on Wall Street, which runs in direct contrast to their high and mighty moral persona which they love to flaunt.   Obama can ask Goldman Sachs when is enough money enough, and then in the next sentence send a “shout out” to his friend Oprah Winfrey for signing a 100 million dollar deal with Procter and Gamble.   Our own government has decided that they want us out of  their New World.   We are being excommunicated and executed for crimes we did not commit.

He is calling the “liberals” and “democrats” hypocrites.

There are a million things in my life that I have to live with that aren’t ideal.  All are direct consequences of my own mistakes and decisions.  Lord knows I have my share of vices and walks on the dark side.   I regret none of it, but none the less they  are things I have to deal with.   I have a daily 4 hour commute  to make a living.   An ex-wife hell bent on making me pay forever for being a terrible husband.   2 dogs on their way out that I need to care for.  25 dollars in tolls.   Ridiculous property taxes in the state of N.J.   Missing my ex girlfriend who went back to her husband.   Paying more taxes than your average union, state or city worker.   No pension and at this point.. no 401k.  Cranky customers that want to make me miserable because they are in the same boat.  Trading for pennies.   Etc Etc Etc, I think you get the point.

Something has been pricking this guy. “Lord knows I have my share of vices and walks on the dark side.” Huh. What would that be?

There are a million things in my life that I have to live with that aren’t ideal.  All are direct consequences of my own mistakes and decisions.  Lord knows I have my share of vices and walks on the dark side.   I regret none of it, but none the less they  are things I have to deal with.   I have a daily 4 hour commute  to make a living.   An ex-wife hell bent on making me pay forever for being a terrible husband.   2 dogs on their way out that I need to care for.  25 dollars in tolls.   Ridiculous property taxes in the state of N.J.   Missing my ex girlfriend who went back to her husband.   Paying more taxes than your average union, state or city worker.   No pension and at this point.. no 401k.  Cranky customers that want to make me miserable because they are in the same boat.  Trading for pennies.   Etc Etc Etc, I think you get the point.